Mixed martial arts superstar Georges St-Pierre is regarded as one of the greatest champions in the history of the sport, but there's something he loves even more than fighting: dinosaurs and prehistoric beasts. Now, in his first ever break from the ring, Georges is embarking on a globetrotting journey into the heart of modern palaeontology.

Premiering April 14th at 9E/P on HISTORY, the special television event The Boneyard with Georges St-Pierre sees the iconic athlete live out his childhood dream by tracking down the most vicious predators to ever walk the earth. Over two exciting half hour specials, Georges' off-grid adventure takes him from the badlands of South Dakota, to the swamps of Alabama, to Argentina's dinosaur graveyard, Patagonia, in order to reveal the truth about prehistoric life.

With a passionate host, exotic locales and gripping adventure, The Boneyard with Georges St-Pierre promises to be badass!

Land of the Giants

Georges searches for the largest creatures to ever walk the earth in the outback of Patagonia, Argentina. 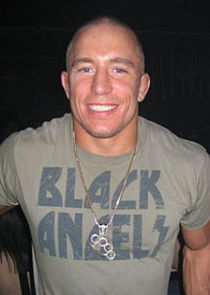