A new fixed-rig documentary series following the heart-pounding action and human stories of the frontline paramedics of one of Britain's busiest ambulance services.

Inside the Ambulance will use GoPro cameras mounted inside an ambulance and on the teams to give a unique perspective of the nation's first response emergency workers.

From the friendships the ambulance staff forge to the ways they cope with life and death situations they deal with on a daily basis, as well as the lighter moments of working with the great British public, Inside the Ambulance promises to be life-affirming and engaging television.

Inside the Ambulance is the network's first fixed-rig documentary series, as newly launched entertainment channel W expands its investment in factual programming. Produced by Brown Bob Productions,the showhas unrivalled access to the West Midlands Ambulance Service. The series gives an intimate perspective on what it's like to respond to emergency calls, with paramedics wearing GoPro cameras to get viewers to the heart of the action combined with multiple cameras throughout the ambulance. As well as getting up close and personal with patients, ranging from life-threatening traumas to everyday emergencies, the series will focus on the hard-working paramedics.

The crews attend a man who has fallen off his bike and a four-year-old struggling with tonsillitis. Plus, a 35-year-old man with chest pains proves very hard to find. 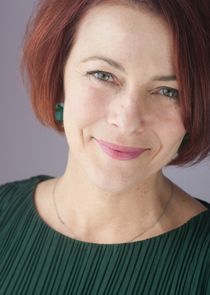