Used to ruling the courtroom in his own hit TV series, respected criminal defence barrister, Judge Rinder, is stepping out from behind the bench to take a closer look into a variety of major crimes.

Case 1: Ian PatersonIn 2012 Dr Ian Paterson was suspended by the General Medical Council after allegations came to light that many of his surgical operations were not even necessary. Hundreds of his patients soon found themselves embroiled in what be… 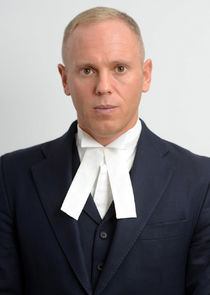