Australia's most celebrated patissier Adriano Zumbo will put the country's most passionate dessert makers to the test on Zumbo's Just Desserts.

Joining him on this tantalising trip will be acclaimed British chef Rachel Khoo. Under their watchful eye, 12 contestants will put their sweet making skills to the test until the ultimate dessert king or queen is crowned. Their journey begins at the candy-coloured Dessert Factory, where they must make some magic.

In every episode, Zumbo will set a Sweet Sensations Task. Cooking to Zumbo's special brief and theme, they'll have to create a dessert using their imagination. Top pastry chef Gigi Falanga is Zumbo's assistant on the factory or, helping the dessert makers keep to time after they power up their dessert stations. There'll be plenty of thrills and spills as they battle the factory clock and their nerves to nish on time.

Judges Zumbo and Khoo will taste and critique all their creations. The two dessert makers with the weakest creations must then compete in the Zumbo Test. Known as the Patissier of Pain, Zumbo will unveil a fantastical and challenging never before seen creation from underneath the Dessert Dome, which the bottom two contestants must replicate. Zumbo and Khoo will score the dishes out of 10. The lowest scoring contestant will be eliminated. It's a baptism of re with someone sent home every episode. The winner of the competition will not only take home $100,000 in prize money but they'll also have one of their creations in Zumbo's stores.

They'll bake. They'll create. But only one will rise. Who will be Australia's best?

Bring on the Bling

This is it! Our two finalists fight it out for the title and $100,000. Tasked with creating a show-stopping dessert, which oozes luxury and bling - everything is on the line. 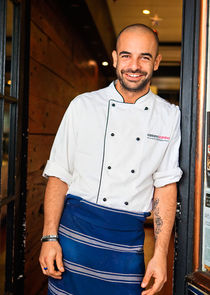 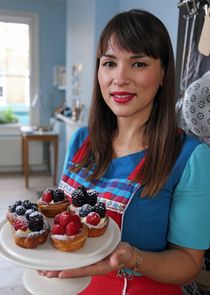 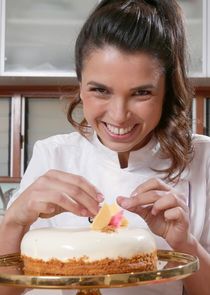