In America today, the establishment is on the ropes, the rebels are on the rise, and now the people are ready to talk. People aren't just talking, they're screaming at the top of their lungs. But we can't seem to listen. In the midst of all the inflammation and toxicity of the election season, we've all lost the ability to step into someone else's shoes and see each other as human beings. We don't all have to agree, but we can learn a lot from each other. At a certain point people might surprise themselves and say something they hadn't already thought or heard and that's The Messy Truth with Van Jones.

Van Jones hosts an audience discussion with former Gov. Arnold Schwarzenegger (R-Calif.) with a focus on social justice issues that are likely to arise in the Trump presidency. 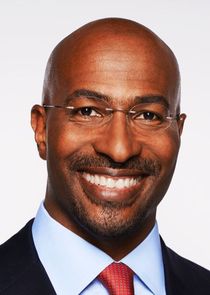