ABC has dug deep into its vaults for natural history footage from ABC's acclaimed Natural History Unit (NHU) which produced many award-winning programs for more than 30 years from the early 70's. Selected footage has been digitally remastered and enhanced for Australia Remastered.

NHU crews shot in locations ranging from Papua New Guinea to the Galapagos Islands to Antarctica and pioneered many innovative tricks and techniques in the field of wildlife cinematography, including hiding a motion-sensor-equipped camera in a box, or waiting for hours in a tree, camouflaged by netting, for the animal they wanted to show up.

The 23-part series (15 episodes airing in 2020 [Seasons 1-3] and 8 episodes in 2021 [Season 4-5]) is narrated by Aaron Pedersen, a proud Arrenente and Arabana man, explores everything from Orca pods and Wombat kingdoms, to the epic seasons of Kakadu and the rugged beauty of Australia's arid Red Centre, plus the vast aquatic wildernesses of the Indian, Pacific and Southern Oceans. Offering insights into the stories of the land and the animals that live there, rare footage is deftly woven together with the latest scientific research, shining a new light on Australia's remarkable natural world.

The Southern Ocean is the only ocean that stretches unbroken around the globe. Aaron Pedersen explains how these cold southernmost waters of the world, reaching from Australia to encircle the Antarctic, are rich & productive. 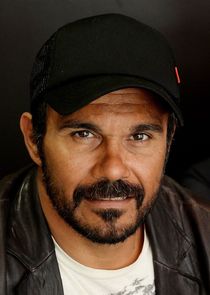