The Cougar is an American reality television series where an older woman (aka cougar) chooses a boyfriend from a group of twenty younger men. The series premiered on TV Land on April 15, 2009, and is hosted by TV actress and producer, Vivica A. Fox. Over eight weekly hour-long episodes, the young men (all in their 20's) compete for a chance to have a long term relationship with Stacey Anderson, a 40-year-old real estate agent and divorced mother of four from Arizona. The show is very similar in format to The Bachelorette, except that instead of using roses to determine who stays and who goes, the Cougar uses the "Kiss Off". During the Kiss Off, each contestant gives the Cougar a kiss and if she kisses on the lips, the contestant stays, but if she gives her cheek, the contestant is out. 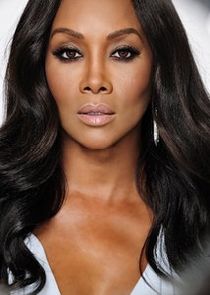