The Sydney Comedy Festival is Sydney's biggest annual comedy event. Every year, hundreds of the world's funniest comedians take to stages across Sydney to entertain. Foxtel was there on opening night at the Cracker Night gala to film a showcase of comedic talent creating the "Best of the Fest" for The Comedy Channel.

Lawrence Mooney is one of this country's most celebrated stand up comedians nominated for The Barry Award at The Melbourne International Comedy Festival 2015 and winner of Best Show at The Sydney Comedy Festival 2015. Lawrence has hit the microphone with his unique view of the human condition for 21 years and is also well known to TV audiences as host of Dirty Laundry Live and featured on It's a Date. 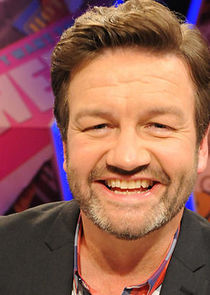