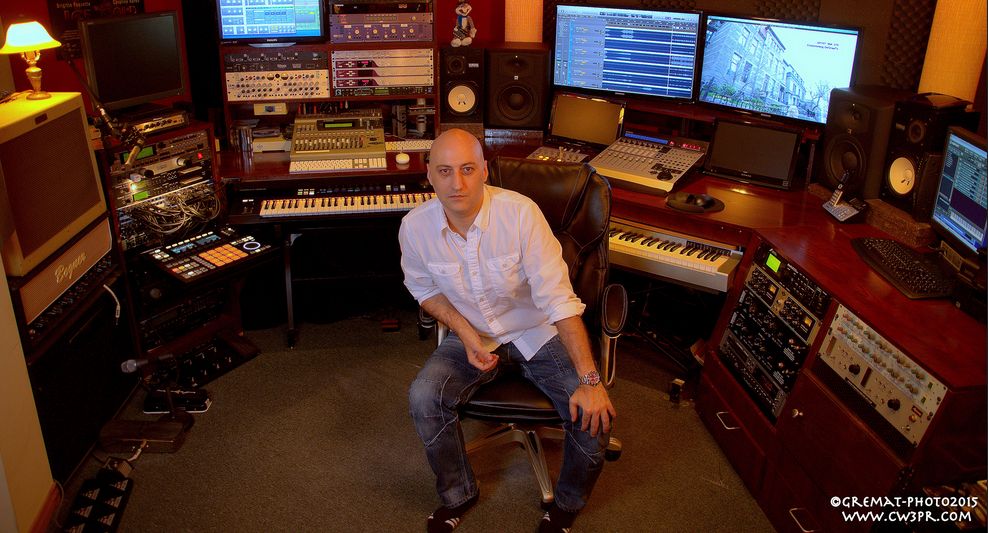 With The Art of More premiering last Thursday, November 19th on Crackle we decided to speak with the show’s composer, Mario Sévigny, on what it’s like working on such a complex show. Read the full interview here:

1. You went from being night club dj and experimenting with sounds to recreating someone’s vision in music. What made you go from one extreme to the other and how difficult was the transition?

I was a musician in nightclubs, I played guitar and sometimes drums with bands. I created the backing tracks and I loved to play with the arrangements so we didn’t sound like other bands. While I was playing with existing tracks, I discovered that it sometimes needed extra musical lines that I could arrange. This is when I started to create some music! My first songs were pretty bad, but the more you practice, the better you get!

2. How did you get involved with your latest project, “The Art of More” and what about it attracted you to the project? Was it the genre, the actors or something completely different?

Sony is co-producing this series with Muse Entertainment in Montreal where I’m from. They called me to see if we would be a good fit. After a few weeks of scoring scenes, discussing different ideas with the producers and sending them some tracks they entrusted me with their show. What attracted me was the double life of the main character played by Christian Cooke. He is an account executive in a major auction house yet he also smuggles art and resells it! I liked the challenge of creating a theme for that character in particular because there was two, one for each side of him.

3. If you could be any character in the show who would you be and why?

Definitively Sam Brukner played by Dennis Quaid. He drives a Ferrari!! But in another way as you will see in the show, he’s not that happy with his life. Bottom line, they all have their problems.

4. Can you give any hints as to what we can expect during the show? Is it action packed, drama, betrayal, twists?

All of these answers. In fact, that’s what makes this show amazing. There’s some action and a lot of suspense. We really get to know where the characters come from and why they are behaving the way they do. There are a few episodes where the endings have the viewer shocked and you won’t be able to go to bed before watching the next one!

5. What made this experience different from your past experiences?

Well here in Canada, most of the time as a composer, you need to do everything. What I mean by that is, you have to compose both the score and the songs. For The Art of More, I had much more time to put on scoring. I own two songs from the show, but Crackle licensed the rest. One thing I really enjoyed while working on this show was using an electronic instrument and blending it with classical strings. The outcome is a very unique sound that I hope viewers like. 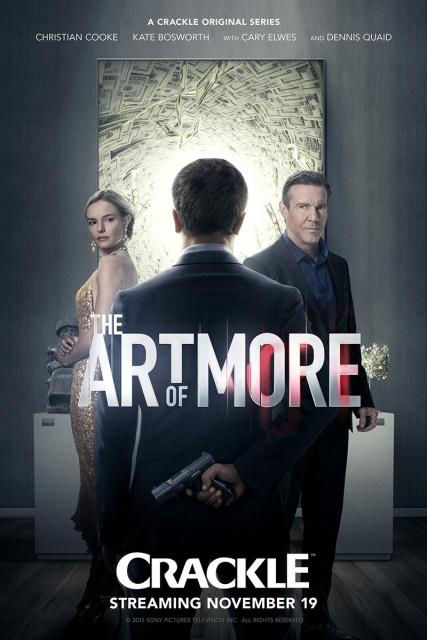 6. Was creating the musical cue for a certain character harder than the rest?

Yes. Finding the theme for Graham (Christian Cooke) was a challenge because it is also the main theme of the show. I did five different themes, discussed it over the phone with the producers and network until a consensus was achieved. They gave me their notes and impressions so I went back in the studio and took pieces of the five themes to create the one that stuck and was used.

7. How would you describe the music for this show in 3 sentences or less?

Eclectic. Every intro is different; it is all dependent on the time period the piece of art came from. Each episode is based around one piece. It could be a racing car from the 60’s to a mask from the year 1890 so we need to match and feel the time period with the music.

8. If you could collaborate on a score with any composer, who would it be and why?

Definitively Hans Zimmer! I love everything he does and his creativity. I remember watching a clip where he worked with a cellist on one of the Batman soundtracks and I was amazed to see how he could make us feel weird with just one note! It was the Joker’s theme.

9. What are your go to tools or instruments when working on a score?

The tools I use for every project and scene vary. I usually always need and use the Native Instruments Kontakt sampler. You can produce hip-hop tracks and big scoring with all of the sound banks, it’s great.

10. Was there ever an instant when you almost gave up on music? If so how did you overcome the challenge?

There were many times when I felt like giving up. In my years in nightclubs, I was working with my friend and partner and we had so many bad experiences. Good ones too but the bad ones were bigger. I also faced many people who told me that I’d never do this for a living and I didn’t have “what it takes.” We always think people have all the answers and know everything, but deep inside you know they’re wrong, so you won’t give up.

11. What other projects are you currently working on?

I am now working on a new youth series called “Jérémie” on Vrak TV network (the Disney channel in Quebec). The show is actually #1 on the network so people are really responding well to it. I also just finished the 3rd season of Mohawk GirlsMohawk Girls in Canada. Beside that I’m working on the 1st album of an amazing singer that works with me on my movies and series (Meryem Saci). She sings 2 songs on The Art of More.

You can watch the full season of The Art of More now on Sony’s Crackle network. More information on Mario is available here: http://www.mariosevigny.com/.

Just watched the show. Found it absolutely refreshing and I'm really looking forward to watching the second season. However, I'm kinda suspicious how the story could continue :S

Is this guy related to Chloe Sevigny? I think I see a resemblance.

The Art of More Renewed For Season 2

Crackle has renewed The Art of More for Season 2. The 10-episode second season begins filming in early 2016.

Crackle general manager Eric Berger said: As our most ambitious series to date, The Art of More is a brand-defining drama that speaks to Crackle’s mission to be a home to must-see original content. The successful performance of the series in such a short amount of time is a testament to the incredible team behind it who will take our audience deeper into a world where there is still much more story to tell.”

Impressive cast for a web show.