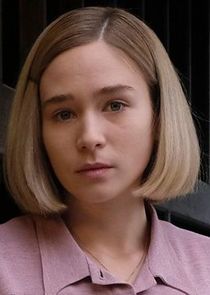 Kasia starts the war as a waitress in one of Warsaw's many bars and cafés, already in a passionate love affair with the young English translator Harry Chase, unaware that he already has a girl at home.

Her father Stefan and brother Grzegorz depart for Danzig to defend against the imminent German invasion, leaving Kasia with mother Maria and younger brother Jan at home in the city. Within days of the war beginning, Kasia's family has each faced the cruel reality of this brutal conflict, and Kasia is faced with terrible choices between protecting her family and her own safety and freedom.