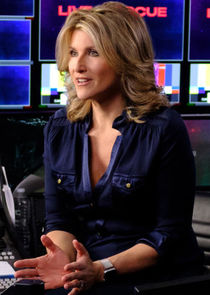 Over the course of her career, Banfield has covered breaking news from across the country and around the globe. Her sit-down interviews include Yasser Arafat, the Israeli Prime Ministers Ehud Barak and Shimon Peres, Iraqi Deputy Prime Minister Tariq Aziz, Saudi Prince Al Faisal, George and Laura Bush, Bill and Hillary Clinton, John McCain, and many others. She was previously a correspondent for ABC News, an anchor and host for TruTV, and a correspondent for NBC News.