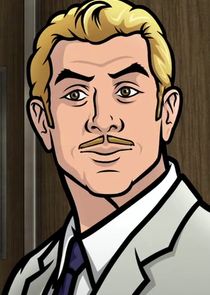 Ray Gillette, is an intelligence analyst, field agent, and one of the few competent members of ISIS. Like Lana, he is a much more conscientious field agent than Archer, and the two are close friends. Ray is openly gay and often verbally-abused in a sophomoric fashion by almost everyone who speaks to him, having an outright hostile relationship with Malory (who disparagingly refers to him as "Ms. Gillette") and an often-adversarial one with Archer though they frequently assist each other. In "Bloody Ferlin," Ray is revealed to have been born and raised in the backwoods town of Ferlin, West Virginia.