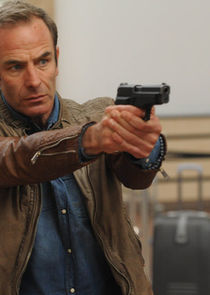 Colonel Philip Locke begins as an official in Whitehall. According to Stonebridge, Locke was an SAS legend who worked several missions against the IRA in the 1980s. At one point the IRA attempted to kill him with a car bomb, but instead the bomb killed his son and left his wife in a persistent vegetative state. The bomber was never caught. In Shadow Warfare, Locke suspends Dalton and effectively takes charge of Section 20 from then on