"War Stories with Oliver North" was a military history program on the Fox News Channel. Hosted by retired U.S. Marine Lieutenant Colonel Oliver "Ollie" North, of Iran–Contra affair fame, the program covered a number of different stories relating to war and national defense, featuring individuals who were directly involved with the topic covered in the episode.

Each episode focused on one of three areas:

A particular noteworthy individual, such as George Patton or Douglas MacArthurA particular battle, such as the Battle of Hamburger HillA segment devoted to a specific topic, such as the use of animals in the military or the Huey

The episodes were often based on current events; the episode which aired August 6, 2006 featured the history of Fidel Castro's rise to power (in light of Castro's temporary relinquishment of power) while the prior week's episode centered on Hezbollah. North ends the episode with the tagline, "his/hers/theirs is a war story, that deserves to be told".

The Remarkable Life and Mysterious Death of General Patton

Profiling colorful U.S. Army Gen. George S. Patton Jr., who was killed in a 1945 car crash in Germany after the defeat of the Nazis in World War II. 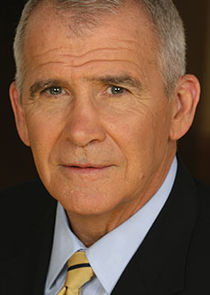