My Cat from Hell is an American reality television series that airs on Animal Planet and premiered in May 2011. It stars Jackson Galaxy, a cat behaviorist by morning (and a musician by night) who visits the homes of cat owners in order to resolve conflicts or behavior issues between the owners and their cats or between pets.

Jackson faces one of his greatest challenges when an old friend enlists his help; he is asked to put on a mass trapping event and recruit a new generation of volunteers to save community cats in Philadelphia. 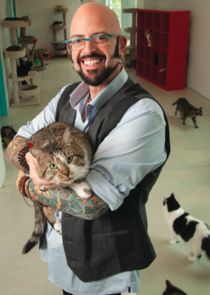