This irreverent original Irish language drama series is very contemporary but has echoes of past events as 5 rural teenagers take over their local abandoned post office to start a musical revolution in 2016. This is a bold story about escape, empowerment and what it means to be a teenage "hero" in contemporary rural Ireland set against the backdrop of the 1916 centenary celebrations. It has a real punk sensibility as it tells the story of a teenage rebellion through teenagers' eyes, managing to be both hilarious and heartfelt at the same time. It will be the first post watershed teen drama to be broadcast on Irish television and was devised to capture contemporary Irish teenagers' lives with a hint of magic realism and big laughs thrown in for good measure.

The band is blown apart as Sully has departed Dobhar to heaven knows where, and the others have to take part in the 1916 centenary re-enactment. 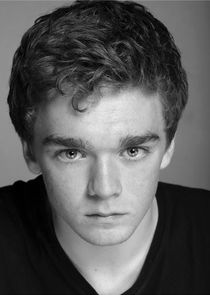