Alphabetical is a fast-paced quiz show, which sees three contestants compete against a returning champion in series of games based around the alphabet. Over the course of four rounds the aim is to accrue as much time as possible in preparation for the final. However, two contestants will be eliminated leaving just the reigning champion and their challenger to go head-to-head in an effort to win the jackpot. 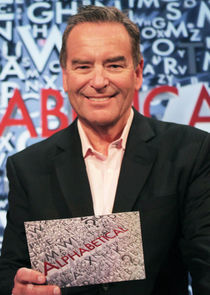