The Coroner: I Speak for the Dead is a gripping new series bringing audiences inside the work of one man who has truly seen it all in his 25 years on the job – Graham Hetrick. A seasoned coroner in Dauphin County, Pennsylvania, this eight part series features an inside look at shocking murder cases and complex forensic investigations: while detectives search for clues among the living, Hetrick uncovers the secrets of the dead. 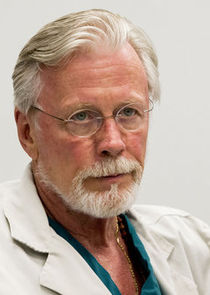