Real People. Real Cases. Really High Judge. Odor in the court! By combining Doug Benson's affable stoner approach to life with the television staple that is courtroom reality shows, The High Court is a toke of "Judge Judy" mixed with two healthy bong loads of Doug's own successful comedy talk show, JASH's "Getting Doug with High." What you are about to witness is real. The participants are not actors. They are the actual people who have already either filed suit or been served a summons to appear in a U.S. municipal court. Both parties in the suit have agreed to dismiss their court cases and have their disputes settled here, by... a stand-up comedian... who may or may not be under the influence of marijuana. All rise for Your Highness... This is The High Court with Judge Doug Benson. 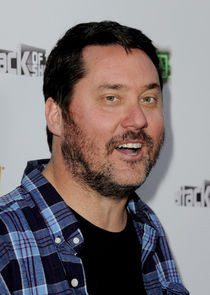 as Himself (Judge Doug)