In Dragon Blood, Suzumura Rei continues to hunt Horrors in a certain city. One day, he meets a young woman in love with photography, Hiromi Alice. After witnessing Makai Knight ZERO in action, she develops an interest in Rei. Meanwhile, a carriage crosses a far away bridge. The carriage contains a coffin in which a man lies. That man is none other than the Dragon Knight, who used the power of Dragons to hunt Horrors. The Dragon Knight is about to wake up from his slumber of thousands of years. Rei attempts to deal with Alice, who goes wherever he goes. Before him appears Makai Priestess Rekka, who gives him the order of "Protecting the Ancient Dragon Egg". Alice reacts to these words. The hunt for this Dragon Egg involves both the Dragon Knight and Alice. What is the intention of the awakened warrior? 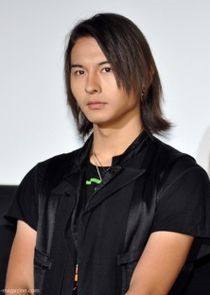