Coming October 8 to truTV, Funny or Die's Billy on the Street with Billy Eichner is a pop culture game show that follows unfiltered and unapologetic comedian Billy Eichner as he hits the streets of New York City to test unsuspecting passersby. Billy gives contestants the chance to win cash and other prizes by playing games such as "Quizzed in the Face," with lifeline options to "Beg a Stranger" or "Compliment His Hair." Other games could include "Dead or Boring?" and "Name 20 White People in 30 Seconds."

Billy on the Street with Mariah Carey!!! A Holiday Miracle!!!

Billy is joined by the legendary Mariah Carey to spread holiday cheer on the streets of New York City and celebrate the anniversary of All I Want For Christmas Is You! 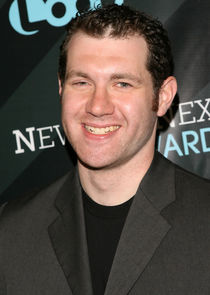