The Factor, originally titled The O'Reilly Report from 1996 to 1998 and often called The O'Reilly Factor, is an American cable television news and talk show on the Fox News Channel hosted by political commentator Bill O'Reilly, who often discusses current controversial political issues with guests. The Factor is generally prerecorded, though on rare occasions it airs live if breaking news or special events are being covered (e.g. presidential addresses that occur during prime-time). It is usually taped between 5:00 and 7:00 PM Eastern Time and airs weekdays at 8:00 PM and 11:00 PM. The show is recorded "live to tape", meaning that the recording breaks for commercials as if the show was actually on the air while being recorded. Some guests are interviewed before the "live to tape" period and are slotted in the program as appropriate.

Conservative pundit Bill O'Reilly takes a forceful and often combative stance as he talks with newsmakers and entertainers from his "no-spin zone.'' 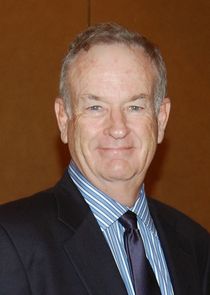