When Captain Boon accidentally offends the Vee'Lons, a race of reptilian warriors twice, Prince Gor'Dah, the Vee'Lon's dignitary, declares war on Fort Hope and Centeral Command and sentences everyone to death. Central Command's Ambassador, Hardcastle, is assassinated and Weiss and Chennault are the ship's only defense to save the crew from execution. Boon challenges Prince Gor'Dah to a duel to the death. 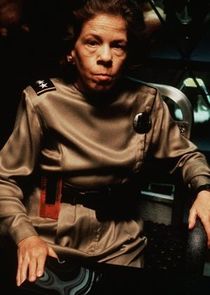