Another week of Harley Quinn, another wacky episode with "Finding Mr. Right". This week we get Robin, Superman, and Lois Lane. And we get a more straight-up riff on superheroes. 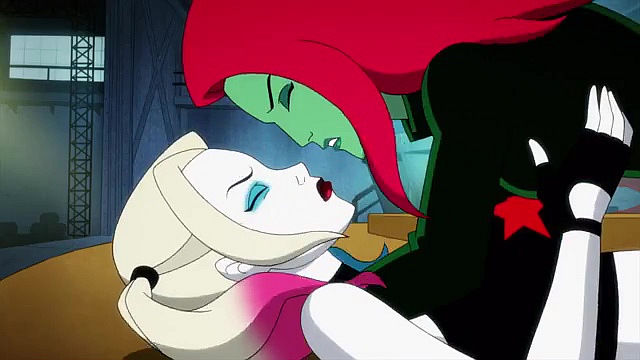 Harley is looking for a nemesis. The jokes pretty much write themselves. There's find-a-nemesis.com. The nemesis relationship of Batman (a returning Diedrich Bader) and Joker is riffed on a few times. Harley and Ivy end up almost kissing thanks to an accidental clinch. Robin (the Damian Wayne "Son of Batman" version, voiced by Jacob Temblay) is a little twerp who wants an adult nemesis. Harley doesn't want a child nemesis.

The most unexpected part is having King Shark (Ron Funches) show up as the new member of Harley's gang. He initially starts as a computer hacker and social media maven that gets brought in to improve Harley's online profile. However, when he gets exposed to a few drops of blood, he goes berserk which sets off the whole showdown at the end since he tries to kill Robin, Harley has to rescue Robin so she doesn't get labeled a child killer, and Batman figures Harley set up the whole thing and comes in to rescue Robin. 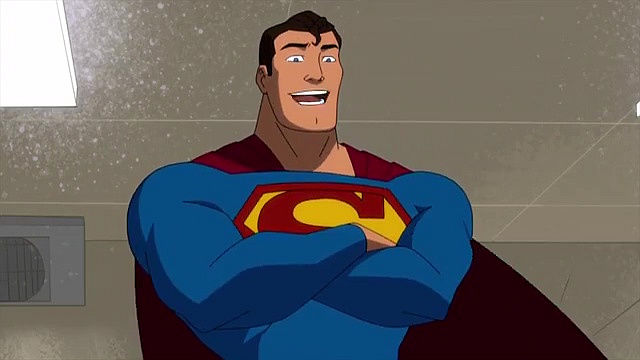 Superman shows up, voices by James Wolk, and has to rescue Lois Lane (Natalie Morales) when Harley kidnaps the reporter after Lois writes a story about how Robin is Harley's new nemesis. That's probably the funniest part of the episode. Superman flies in, is unimpressed with Harley, and brings Robin with him so he can fight her and become her nemesis. Superman and Lois agree to have sushi and Superman flies off, which rather neatly summons up the whole pre-marriage Superman and Lois.

I'd say start at the beginning, but the above summons up most of the plot. Harley is looking for a nemesis, and ends up with a rather snotty Robin deciding he has to be her nemesis because he needs a nemesis. She wants none of it, steals the Batmobile (using pre-recorded and spliced-together Batman statements, including "I'd definitely make... love... to bats"), and Robin attacks her.

After Robin ends up on Tawny Young's Springer-like talk show and boasts about having a new nemesis, Harley is infuriated, kidnaps him, and hangs him over a water tank with King Shark inside. Faced with death, Robin confesses that he made the nemesis thing up, and Harley reveals that Tawny and her student audience are in the shadows and heard the entire thing. The Tawny Show is the most annoying thing about the episode: the near-instant chryons ("Trouble in Paradise! Ivy Calls Out Harley!") generate a few minor giggles but mostly just point out the obvious. 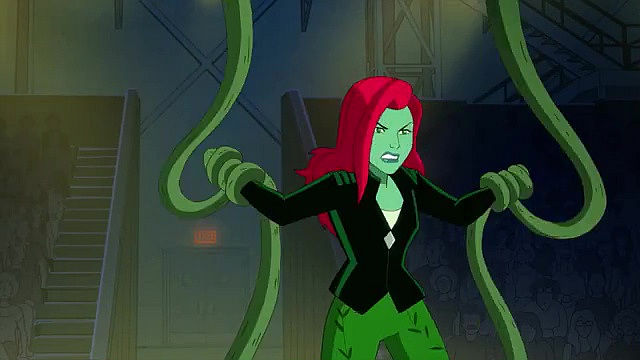 The whole Tawny Show format does generate a few laughs, as we see Wonder Woman, Aquaman, Penguin, and Superman & Lois (eating sushi) watching and staring in astonishment. There's also a gag or two with Ivy (Lake Bell), who is the show's MVP since she does the long-suffering Harley-friend, says that she's not a super villain but identifies as an eco-terrorist, and uses her Tawny Show screentime to talk about recycling. She also points out Harley's continual destruction of her TV sets and how she has to keep cleaning up Harley's messes.

Also not that funny is Ivy's landlord, Sy Borgmann (Jason Alexander). Who tries to throw Ivy out when he learns that she has a "pet" (Killer Shark).

The second best part after the Superman appearance, is Batman and Robin having a heart-to-heart in the Batcave about Robin complaining that he doesn't have a nemesis, and Batman claiming that he didn't have one until he was in his 20s. And then Batman quickly leaving when Robin asks when he can have sex.

Clayface, Psycho, and Joker all have relatively small parts this episode. Psycho is still misogynist, Joker is still furious that Harley has abandoned him and is trying to upstage him, and Clayface is still over-acting. At least Harley isn't obsessing over Joker directly this week, and Joker isn't so much mad at her dumping him, as her trying to steal "his" nemesis. 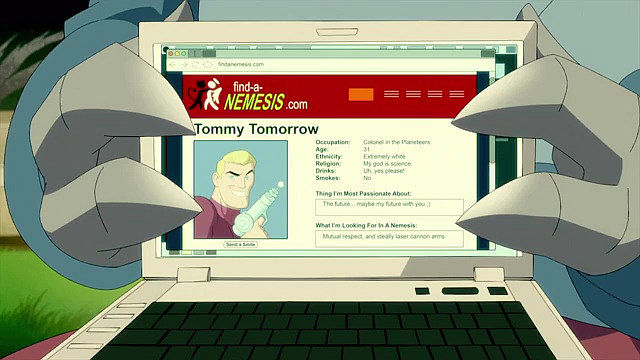 And hey, there's a reference to Tommy Tomorrow!

Overall, "Finding Mr. Right" works best when it's spoofing the superhero tropes of nemeses, sidekicks, and superhero/girlfriend "rescues". Other than adding another member to Harley's crew, it doesn't really do much to the ongoing plotlines. There's a stab or two at relevancy: Lois has a headline saying Harley fighting a child sets back the women's movement by decades. That's quickly skipped over for a few jokes about the Daily Planet's paywall.

So I'd rate "Finding Mr. Right" as entertaining enough. Given what we've seen so far, it's a pretty "average" episode of Harley Quinn. There's enough of a framework with the whole "Harley versus Robin" thing to hang a lot of one-shot jokes on, introduce Superman, and keep the main storyline in motion. It's not a must-see episode, and there's no over-caffeinated Commissioner Gordon to go with Batman. But it's a fun episode, and well worth a half hour of your time.

I thought this was the best episode so far, the TV Show was hilarious.