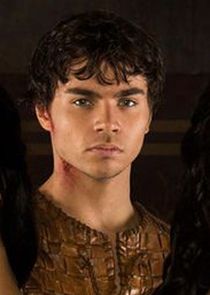 Hero, the bastard son of King Aegeus, is the holder of the Lexicon (the secret code that allows man to enter Olympus). In a sense, Hero is the Gods' "canary in the coal mine": If he - or any other human for that matter - knocks at Olympus' door, Zeus knows that Man has exceeded his status and is on the verge of becoming a threat. But Hero doesn't care about the Lexicon (he's not even aware of it at first). He's an honest, simple man who just wants to understand his past. What he doesn't know is that journey will reveal his destiny.