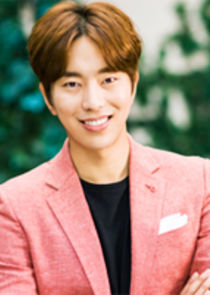 He was a young doctor at a university-affiliated hospital who suddenly decided to quit his medical career to be a rebel. At first, he was smitten with love when he saw Hye-sang, so he befriended Sa-weol to get a chance to meet Hye-sang. But he turned into a secret supporter to Sa-weol instead. While he is levelheaded, he was never desperate for money in his life so he is a lazy romantic. After meeting Sa-weol, he realizes the importance of work and its rewards that makes things possible in life. He is embarrassed that his father is in the moneylending business so he left home and became a problem to his family.