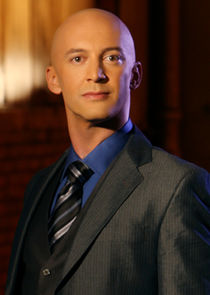 Charlie's android sidekick. His name is said to be an acronym of "Sentient Tactical Assisting Neo-human". Stan is ruled by Asimov's Laws of Robotics: He must not harm humans or allow humans to be harmed, and he must obey orders. He can't harm opponents that are part human, like mutants and cyborgs. Due to the Three Laws, Stan is almost useless in a fight.