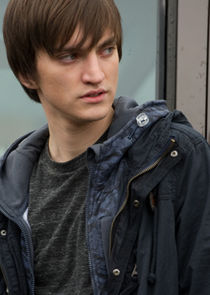 Not yet a man but determined to be taken seriously, even revered. Julian went through an awkward teenage phase. He was one of those outsider kids, the loners who desperately wanted to be liked and accepted by the popular kids. More than anything he wants to be friends with Alec who he now lives with. Alec's athleticism, good looks and easy charm make him somewhat of an ideal for Julian and yet the two couldn't be more opposite.

He's a little jealous of Alec, even secretly undermining him all in the hopes that if Alec were less ideal and more willing to join Roland's anti-capitalist group then they would be best friends. It's a dangerous delusion.

Needing something to make him feel whole Julian is drawn to Roland's ideology. Roland praises him for his commitment to the cause. Being utterly without emotional validation and wracked by low self-esteem Julian soaks this up and is determined to be as dedicated as possible in order to stay in his father's good graces. This turns Julian into a salesman for Roland's group...he is like the Pied Piper, finally finding something that fills him with purpose, he gathers young people to the flock. Kagame's influence resulted in his gradual transformation from passionate follower to dangerous and violent idealist.