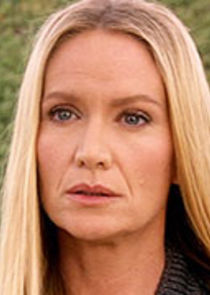 Laurel Cooper is an outrageously rich music producer who has a whirlwind romance with Mr. Matthews. She has quite a history under her belt, as evidenced by her colorful stories about various rock stars and celebrities. There is, of course, more to Laurel than at first appears. She is also Ivy's mother. She has signed Adrianna for her music career. She is also in an open relationship with her daughter Ivy's childhood friend, Oscar, although he has feelings for Ivy as well.