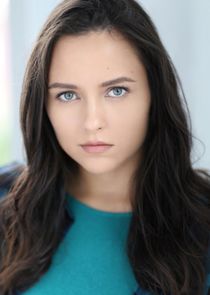 Annie Jones was reported abducted in 2006 outside of Kenosha, Wisconsin. She was kidnapped by Celia and her nest, and used as a blood slave and as a lure, bringing unsuspecting victims to the nest for her family to feed on. She ran away out of guilt for what she was doing.

Later, at Jody's cabin, Annie recovers from the vampire cure which will leave her sick for a few days. Jody offers Annie her support, telling her she will be there for her and that no one can understand what Annie has been through, having lost her entire family. Annie accepts Jody's support and points out that Jody can understand, as she is in a similar position.