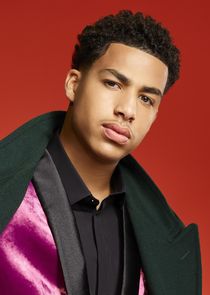 Dre's son Andre Jr. asks to be called "Andy," and then announces that like his schoolmates, he wants a bar mitzvah for his 13th birthday -- and their family isn't Jewish. When the boy says he wants to play for his school's field hockey team instead of basketball, Dre has to wonder: would he rather Andre play basketball because it is a black-ish sport? Or could it be Dre wants his namesake to like the sport he prefers?