The return of the documentary following the work of Professor Noel Fitzpatrick and his team at their cutting-edge veterinary practice. Their first patient is a young West Highland terrier which has a problem with its paws. Two new bionic feet later, and the poorly pup has a new lease of life. A young husky collie is also brought in after being hit by a car, only for the hip replacement operation to run into trouble, and a lazy dachshund requires double surgery and lots of physiotherapy. 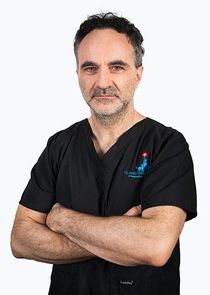