Banished to Tonga to live with his uncle after misbehaviour at school, 14-year-old Jonah is causing more trouble than ever. His father Rocky and Aunty Grace take him back to Sydney to start a new life at a Catholic high school.

Six weeks later and Jonah is the leader of his new Year 9 gang 'Fobba-liscious' who defend their turf against their enemies 'The Rangas' and Jonah's arch nemesis Graydon the school captain. The boys attend Lazarus House for learning difficulty students run by Mr Joseph, a vocational-based programme where he uses violence and unorthodox methods to control the class.

Jonah and 'Fobba-liscious' allegedly dominate the school as they partake in breakdancing, graffiti and flirting with teachers. After school Jonah reveals he's been in trouble with the law and loiters with local Polynesian gang 'The Soldierz'. But at home, despite the loss of his mother at a young age, Jonah's supportive family believe his future looks bright. 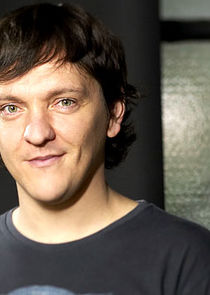