Torchwood star John Barrowman and TV presenter Myleene Klass race 'road trip' style across the Southern States as the epic 80 Days odyssey for Children in Need reaches Hollywood. These high-octane musical entertainers travel the dream leg of the 80 Days adventure in style, commandeering a lowrider, speedboat and long-distance truck in a bid to deliver the baton in time.

John overcomes his fear of flying when a balloon ride ends in a crash landing in Arizona. A UFO meditation amongst the spectacular Red Rocks of Sedona brings surprising results for Captain Jack.

In El Paso Texas, Myleene comes face to face with the harsh realities of life on the US border with Mexico. Juarez is known for the notorious drug cartels who fight it out in this border town. Myleene meets a resident of El Paso whose cousin is presumed kidnapped by the gangs. John questions the value of the government's controversial new border fence and discovers that immigrants will cross the border by any means.

There are plenty of light-hearted distractions along the way, as Myleene and John are derailed by donkeys on Route 66, get to grips with a 21st century super-car, and blag items for the Children in Need auction.

Crossing eight States in ten days, musical theatre star John and classically trained pianist Myleene reach New Orleans in time for their debut jazz performance with artist Irvin Mayfield. After a few hours sleep this self-styled husband and wife team must complete the final 400 miles of their 2700 mile trek in a determined race to the finishing line in Memphis. 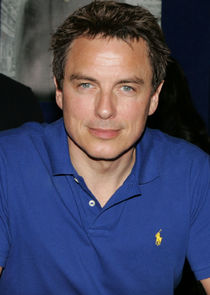 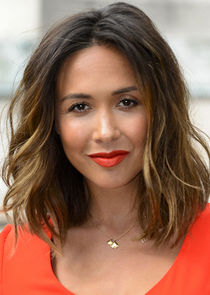