London, present day. The Herald, a left-leaning broadsheet struggling to adapt to the age of digital news, and The Post, a thriving populist tabloid, occupy buildings in the same square.

At The Herald, Deputy News Editor Holly Evans is tasked with giving Wendy Bolt, a controversial right-wing commentator and media personality, a tour of the office. 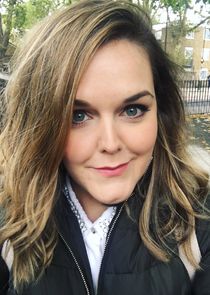 I expected a cross between The Thick of It/Twenty Twelve/W1A/"That excellent thinly veiled News-of-the-World drama Hacks" and Drop The Dead Donkey. I almost skipped over this because I've never had an affinity for media containing Ben Chaplin; that would have been a mistake, (I watched because David Suchet has long been a master of his craft.)

The pacing of the story and nuance to the characters is befitting of 2018. Holly Evans' two dimensional description of Duncan Allen is only half right. Despite having to introduce the characters, this episode finds time and space for the cold edges of life to slide between the deliciously heated, (though tastefully understated) tabloid drama. It had depths that I would expect from a film and I like the way the story trusts the audience to reserve judgement until the end, while encouraging so many mixed emotions along the way. I'm looking forward to the next episode.