Grace Dent invites you to lose yourself on a joyful journey back through the BBC archives, celebrating the broadcaster's song and dance extravaganzas of the 1960s, 1970s and 1980s – in many ways, the fantastic forerunners to Strictly Come Dancing. They were fun, family-focused and had fondue levels of cheesiness as well as a host of stars such as Cilla Black, Cliff Richard, Lulu, Twiggy and Shirley Bassey. Also featured are some of the biggest dance troupes of the time, including Pan's People and The Young Generation, one of whose members gets special attention - a pre-Blue Peter Lesley Judd.

All the weird but usually rather wonderful musical performances that Grace has uncovered existed in a strange parallel universe to the pop charts of the time – not remotely cool, even then, but looking back the only way to describe them is ‘fabulous'. 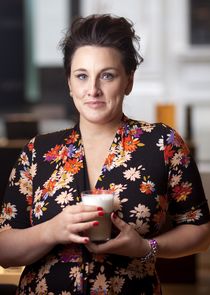