Fresh seafood, straight off the boat. "Drop a net in the river and you've got more crabs than a beanbag chair at Tila Tequilas." In Colombia, Tony heads across the channel from Cartagena to Tierra Bomba, an island with a completely different way of life than its bustling urban sister city. The streets are reminiscent of an African village, the people make their living off of the sea. Arnufo, a local lobster fisherman, invites Tony and Jorge to a meal at his mother's restaurant, the only restaurant on the island, complete with lobster that Arnufo caught that morning. Then he jets to Croatia, two decades after its brutal war for independence, which is now touted as The New Riviera. 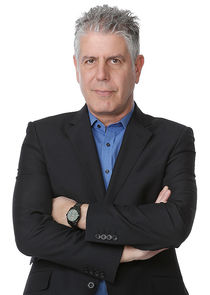