Cesar comes to the aid of a 68-year-old recently retired woman, Judy, whose over-excited Australian kelpie, Shadow, has ruined her retirement and has developed a strange fixation with bricks. After several attempts to train and correct both the dog and Judy's behavior, Cesar is able to transform them both, making for one of the most rewarding transformations in Cesar's career. 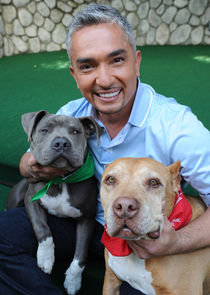