Hosted by Steve Harvey, the first game has the Sharks from ABC's "Shark Tank" face off against the hosts from CBS's "The Talk" to see who will come out on top and win the grand prize for their selected charities. In the next game, comedians Natasha Leggero and Lauren Ash go head-to-head. 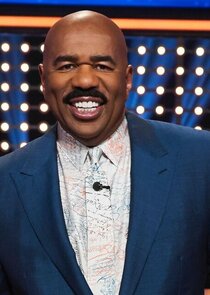