The last leg of Simon's journey through South America takes him from Chile's Atacama Desert right down to Tierra Del Fuego, the most southerly inhabited place on Earth. The Atacama, one of the driest places on the planet, has as little as 1mm of rain per year, Simon discovers shocking evidence of human pollution. Outside the remote port city of Iquique, there's a huge mountainous landfill site, filled with hundreds of thousands of tons of used clothes. These are the result of fast fashion, where people in wealthy countries throw away millions of garments every day. Here he also meets some of the millions of Venezuelan refugees who have fled their country and spread to every corner of the continent, looking to start a new life. In Buenos Aires, Argentina, Simon learns what it is like to live with a rate of inflation that dwarfs the problems we currently have. Simon continues his journey through Patagonia and meets the Mapuche people, whose insurrection is causing a major political crisis in Chile – farms and logging trucks have been burned to the ground and people have died. It's the latest chapter in a long struggle for land and rights. Simon ends his whole South American journey in the remote southern land of Tierra Del Fuego and learns how locals have resisted the arrival of vast salmon farms, which have damaged the environment further north. It's a fittingly optimistic way to end Simon's epic journey, not just through South America, but the whole of the Americas. 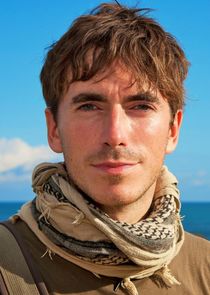