Armed with his 1913 railway guide, Michael Portillo travels the Habsburg imperial line from Vienna across the awe-inspiring Semmering Pass, a handmade railway line blasted through the Alps.

His journey takes him through a patchwork of nations which a century ago formed part of the Austro Hungarian empire. His destination is the Adriatic port of Trieste.

In Vienna, he encounters a pre-Cold War spy and hears for himself the concert that caused a riot in 1913. At the winter sports resort of Semmering, rails of a slippier kind prove hard to navigate when Michael takes to a toboggan.

In Austria's second city, Graz, Michael ventures underground at the Lurgrotte Caves to find out about a famous turn of the century rescue operation.

Over the border in the former imperial territory of Slovenia, Michael discovers how an earthquake in Ljubljana encouraged its citizens to assert their national identity in architecture and art. In high spirits, with the help of the local liquor, Michael says Nosdraviya to Slovenia and heads south.

Arriving in Italy at the empire's southern port of Trieste, Michael savours the imported coffee which fuelled the café culture of its elegant capital, Vienna. 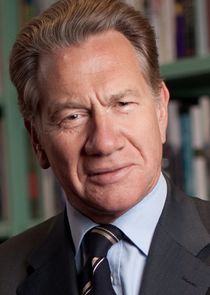