Recent college graduate Sara De Roose, a rather unsightly good worker without any fashion-sense, auditions for the job -also coveted by the bitchy receptionist Britt Van Hove- of executive secretary in fashion enterprise Présence, to gentleman Simon Van Wyck, the successful commercial director above designer Marnix Standaardt, who just heard his father Léon Van Wyck is finally about to step down as director general (CEO) and leaves the choice of his succession to the board, which means the financial director Alexander de Lannoy, orphaned son of the other co-founder, is going to fight Simon for it. Helena de Lannoy, Alexander's sister and Simon's fiancée, insists the job goes to Britt, the devil she knows. Sarah accepts instead a lower, open job in the 'economaat', logistics clerks mainly in charge of office supplies, under office secretary Ellen; she tells former college friend Arne, who runs a pub, not her proud dad Hans, who would be terribly disappointed. 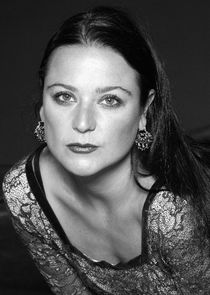