In the final episode of his travels through Brazil, Michael Palin finds many surprises as he encounters the rich diversity of the more European and Asian cultures that have created a new melting pot in the deep south of Brazil.

In the picture-perfect town of Parati, set amidst the Mata Atlantica, he meets up with Prince Joao de Braganza, heir to the defunct throne of Brazil. The prince argues that the arrival of the Portuguese court in Brazil, who escaped from Napoleon's occupation, did much to establish the institutions that have enabled Brazil's economy to flourish.

Michael joins Carolina Ferraz, star of a galaxy of telenovellas, the immensely popular Brazilian soap operas, on the backlot of her most recent TV success, where issues of poverty fuel the storylines alongside the racier love triangles.

Whilst taking to the skies of Sao Paolo to avoid the hundred-mile traffic jams with mega-rich king of waste disposal Wilson Quintela, Michael learns that there are millions to be made from garbage.

Travelling south to Blumenau and Pomerode, Michael finds German speakers - including model Priscilla Falaster, who dreams of becoming the next Giselle Bundchen - and tries his hand pulling steins from a mobile bierkeller. Bavarian schulplatte dancers and chance encounters with spiritualists including Marcello Paes Leme challenge his views on what makes a typical Brazilian.

Leaving the beauty and serenity of the Pantanal, Michael comes to his journey's end at the magnificent Iguazu falls, where he concludes that Brazil has much to offer the world as it takes its place as a new superpower. 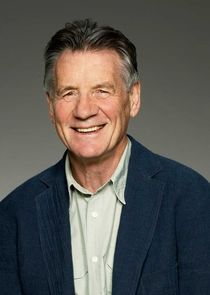