Accompanied by Norwegian vet and polar expert Trude Mostue, former US Navy SEAL Joel Lambert travels to the Arctic to study the world's largest land predator, the polar bear. They embark on a 300 ton icebreaker, the Havsel, and are soon heading north into a world of sea ice and 24 hour daylight. They encounter a big male bear, and a mother with 2 cubs, but in both cases the ice isn't thick enough to support their 500 kilo field lab. Finally, they deploy the pod, and are able to investigate the polar bear's key adaptations – but the sea ice beneath them proves nearly fatal. 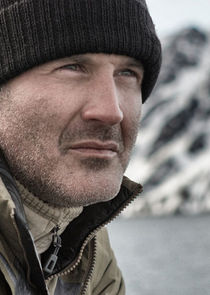