Ned Flanders wins a new computer that features guest star Sarandon as the "You've Got Mail" voice and he offers it to Marge, as he has no use for it. In return, Marge babysits the Flanders children so that Ned can attend the Left-Handed Convention, where he meets New York Yankees guest star Randy Johnson, who is selling left-handed teddy bears. With Marge spending so much time at The Flanders',Homer must look after Bart and Lisa. Homer takes the kids to an animal retirement home, but the trip goes awry when Toot-Toot the monkey pulls Bart into her cage and holds him hostage. Marge learns of the kidnapping when it is a breaking news report and she must figure out a way to get her son back. 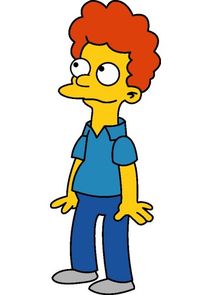