A Russian nuclear submarine sinks while submerged with a US nuclear submarine nearby. The Russian government learns that the fault for the sinking lies with the Russians, but the officials seek to blame the US anyway. The US submarine leaders know what took place, but they feel reluctant to reveal that, because to do so would disclose an important advantage. After two surprising twists Mac takes a ride aboard a US submarine, and Harm takes one aboard a Russian submarine. 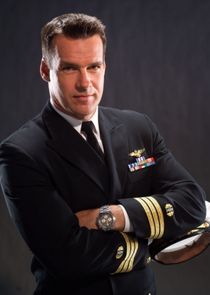