James May attempts to rehabilitate one of Britain's most derided toys by seeing if it's possible for Action Man to do what no toy has ever managed - travel faster than the speed of sound.

For decades Action Man, despite his name, has been a disappointment. He promised so much with his eagle eyes, his gripping hands and his natty outfits. But what has he ever achieved? Nothing... yet.

After half a century lazing around the back of the toy cupboard, he must prove that he has the right stuff, redeem his shattered reputation and boldly go where no toy has gone before.

The challenge is daunting. Breaking the sound barrier and returning Action Man safely to the earth will test James and the team to the limit.

In an action-packed series of attempts, James battles high-speed physics, unforeseen explosions and catastrophic design setbacks that account for a large number of Action Man volunteers before settling on an experimental supersonic vehicle made entirely from scratch - a vehicle that threatens to send Action Man and the team into oblivion.

In a gripping final act, Action Man must not only succeed and survive intact but also go faster and higher than a rival supersonic attempt led by his arch-nemesis: Sindy.

Will Action Man redeem himself? Will he survive Mach 1? Or will he lose out? 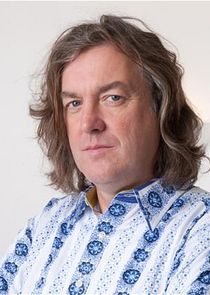