The award-winning comedian and co-host of the hugely popular Sunday Night Project hosts this topical showbiz game show as two teams of celebrities compete against each other for the winning prize each week. Among the teams, soap stars are pitted against the stars of a rival soap, boy bands take on girl bands and TV doctors and nurses compete against telly cops and robbers, all battling it out to prove who knows the most about the world of celebrity and showbiz gossip. Alan Carr's Celebrity Ding Dong combines Alan's quick-fire humour with an eclectic mix of celebrities. 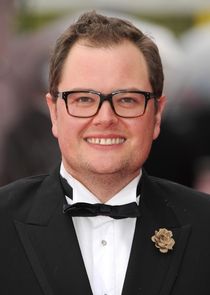