"If you fell, would the canopy break your fall?" Stanley Siegel asks, dangling in a harness high above the jungle floor. "No", his Costa Rican host shrugs, "if you fall it's bye-bye". And with a shove Stanley is off, shooting through the treetops on a zip line, his cameraman doing his best to keep up. Stanley Siegel is a retired broadcaster—known to millions for his groundbreaking and often controversial interviews on WABC—and with Stanley On The Go he single-handedly redefines the travel show. Indeed, he redefines the notion of adventure: you don't have to be a young Olympian to have a zest for life. Experience shouldn't—and doesn't—end at 60. Stanley shows that there's more to retirement than bingo and shuffleboard on the Lido deck. He's an inspiration.

Stanley takes us headlong around the globe: whether he's on a camel in Giza, the deck of a Navy aircraft carrier off San Diego, straddling a speeding motorbike through the streets of Moscow, or balancing on top of the Sydney Harbor Bridge, each episode is a tour de force with a force of nature. Stanley is irrepressible—his commentary is not only informative and enlightening, but is also often surprising and frequently irreverent. He shows us the iconic sights—the Grand Tour—but also uncovers the unexpected.

From ice fishing to the sport of curling, Stanley learns how to have fun while staying warm. 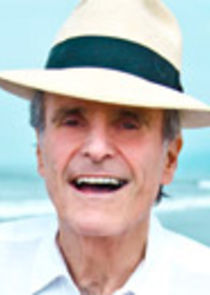