Join 16 modern-day pirates as they embark on a high seas adventure around the Caribbean island of Dominica in search of hidden treasure that will total $1 million. Over the course of 33 days, the pirates will live aboard a massive 179-foot pirate ship.

Each week, these buccaneers will go on extraordinary expeditions and decipher clues along the way. Gold coins - real money that the pirates can take with them beyond the show - will be awarded after each treasure hunt, but only to some.

The prized gold will then play a key role as pirates strike deals with each other and vie for long-term security.

Claiming the lion's share of the week's riches, one pirate will become the captain of the ship and will assign roles and chores to the remaining crew members, setting the tone for law and order or betrayal and sabotage, which could lead to mutiny by the crew. Such fates will be decided on the ship at Pirate's Court, a lively gathering of public speaking and judgment where one individual will be "cut adrift" every episode.

In the end, captain or not, only one pirate will win the largest booty, worth $500,000, and claim the title of "Pirate Master." 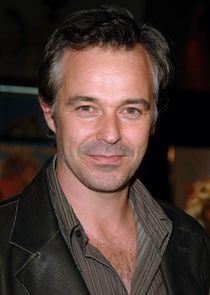